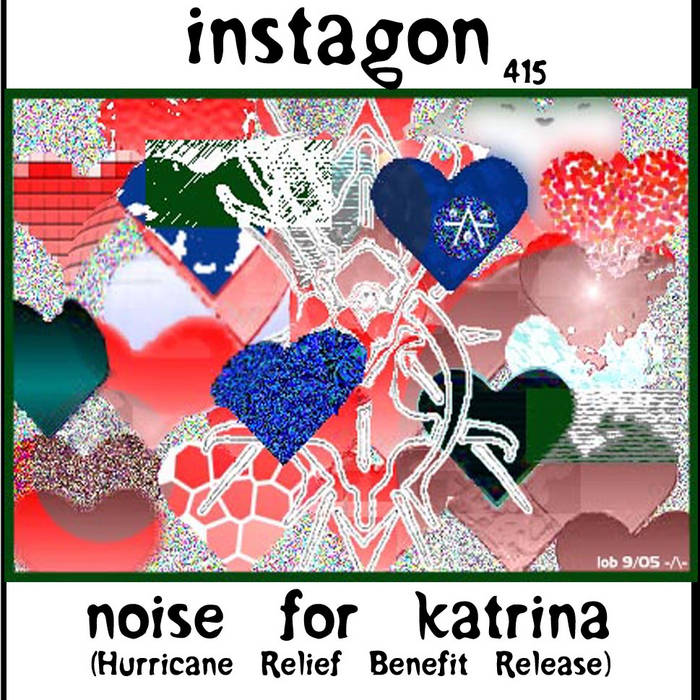 This mini-album was originally released on CD3 or pocket-dsc as part of the TIF LIVE NOISE SERIES , which were all released on CD3. This one was a limited release of only 17 copies produced.

Recorded LIVE September 6, 20015 at HQ For The Arts, Sacramento,CA
during their Hurricane Katrina Relief Benefit show.
Recorded, edited, & digitally remastered by Lob for TIF
Cover art "Hearts for Katrina" by Lob
layout and design by lob
Introduction and hosted by Richard Hansen