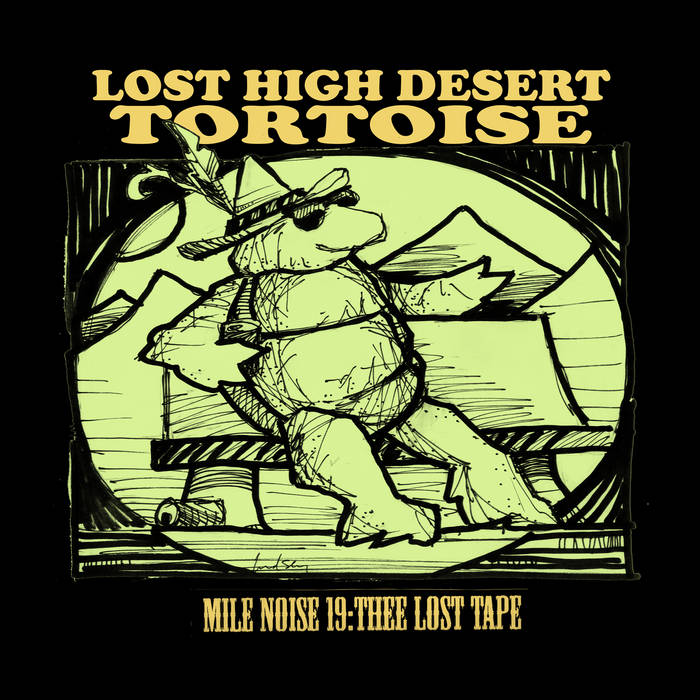 A long time ago...in a place called Huntington Beach, there was a blues band that lasted all of perhaps 9 months.. but it was a fun 9 months, and what immediately followed the implosion of that blues band, was Instagon.

LOST HIGH DESERT TORTOISE was a band that evolved out of a regular weekly sorta jam among friends around a small backyard fire pit. We were a group of friends that had been to some concerts together (mostly Grateful Dead shows), had some musical talent (or so we thought) and liked to get together on the weekends for beer and some jams. The jams started out acoustic...around the campfire...and then we got the itch for electricity and the Tortoise was born. The band grew and added a keyboard...practiced for a month or so and then started playing out at parties. I think we played 2 or maybe 3 parties...but never really a club or bar gig ever...and then we broke up When the Lost High Desert Tortoise played is was like Canned Heat had a baby with Mudhoney...it was pure rockin' boogie blues..but POWERFUL and loud and in your face. I am proud to say that it was like no other blues project that I know of or can think of happening ever.

A friend of mine (Chris Tm from the sound art project MILE 97) at the time (1992) had a cassette label (remember those) that he was releasing mostly noise and experimental titles with, it was called MILENOISE CASSETTES. Just before the Lost High Desert Tortoise called it quits, I had convinced the guys in the band to let my friend release a cassette of us on his label, and we decided on a selection of songs from recordings I had made...we prepared the tape and gave it along to my friend to see how he felt. He took one of our tracks, "Tortoise Boogie" and added a noise/experimental remix of his own to the end of our tape.. and told me he would be releasing it sometime in the coming months, it would have the catalog number of being MILENOISE019. But life took interesting turns for my friend and soon he had to move, and put things into storage, and then CD's came, and cassette labels were a novelty of the past. Our tape never saw the light of day...until now.

This recording has been digitally remastered from the original Milenoise Master cassette that was found recently in Thee Instagon Foundation archives.. I have included the original "noise remix" by Mile 97, just as the original release was intended to be.

this is an artifact from the past.. the recording quality is not that great.. it was done originally on cheap Sony Walkman like cassette recorders, using multiple machines to do editing. .the fact that this tape has survived and was able to be presented is simply amazing in itself.. this tape was thought to be lost..but here it is.. found and preserved for you to enjoy.

Perhaps we can find and unearth more recordings of Lost High Desert Tortoise in the future.


all tracks originally recorded live and edited by Lob for Milenoise Cassettes in 1992.
Digitally restored, edited, and mastered by Lob in 2015 for TIF.
Cover art by Scott Lindsey. layout by Lob

all tracks by LHDT, except where noted.