Revenge of thee Noise: Punk Rock Covers Compilation (How Low Can A Punk Get​?​) 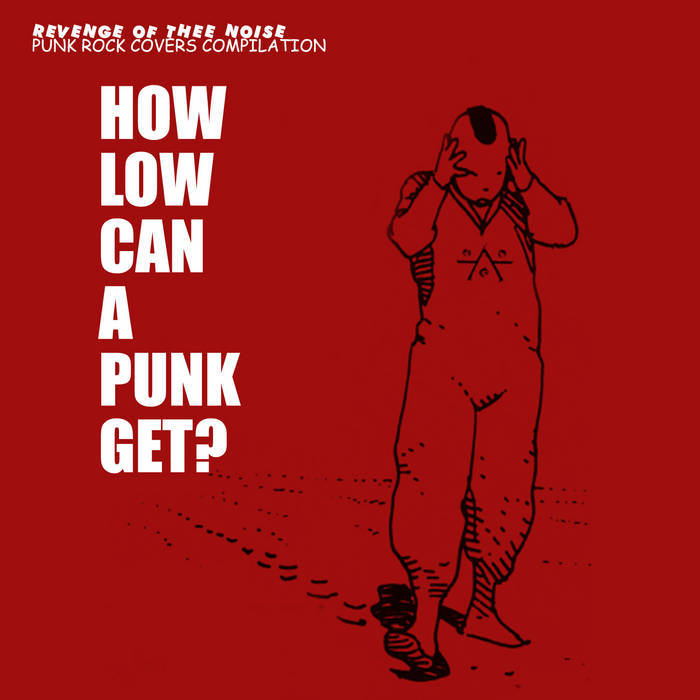 This album was a project that was started on a private facebook community group called "New Contact Group for Experimental Noise Music" and after having a bumpy start was taken over to be released by TIForg.

This collection of tracks are NOISE ARTISTS performing COVERS of their favorite PUNK ROCK SONGS. Artists from Germany, Slovakia, Catalonia, New Zealand, Sweeden, and USA appear on this collection.

Some artists have also provided art work for their tracks, and they are shown with the individual tracks.

"Punk Rock" in my opinion, was something that really reached its major height and heyday in the very early 1980's .. after that the dissection for commercialization of the punk rock movement begins. And sure, there are some great bands that do come after that time..but they are far and few between and stand out strongly as such without even being mentioned. But what was it about? what was BEING punk rock about? why did we do it? why did anyone do it? it was because it was about being different. It was about doing odd and different things,but still somehow, all finding the same conclusions. ..at the time punk rock happened.. the universe unveiled wisdom to the youth culture and may people interpreted it very differently but we all found acceptance and guidance IN that acceptance. ..And then the cartoon like regurgitation of our scene back at us with new parts and shiny new heroes... some old ones even cleaned up for posing. NOISE .. experimental music.. sound art.. outsider music.. these elements all have a common thread with the original notions behind punk rock.. the noise artist today is a loner.. creating for himself.. not caring about the established music scene.. and offending people means they are reacting to it.. The noise artist is the last tribe of real punk rock left in the world.. and as long as pop culture keeps reviving the body of Green Day.. it looks like the punk ethic and DIY notion that is the NOISE scene is gonna stay that way.. nice and low and underground.. just the way we like it.

this compilation project was fun.. and perhaps there will be follow up in the future...

all tracks by the artists listed and submitted exclusively for this compilation.
Tracks were collected by Lob Instagon.
cover art layout and design by Lob, original art by Moebuis, taken from an old issue of Heavy Metal magazine.

TIForg holds no rights to these tracks and posts them here purely with the artists permission, and in hopes that no one will bother us about it.

If you like Revenge of thee Noise: Punk Rock Covers Compilation (How Low Can A Punk Get?), you may also like: